On Tuesday, June 7th, The Burroughes Building hosted the launch party for SPiN Toronto, a new ping pong club that already has established locations in New York, Hollywood, and Milwaukee. The social club, which will offer a licensed bar and full menu, will be located at 461 King Street West. The space will accommodate 12 to15 ping pong tables within 12,000 square feet.

Ryan Fisher, the founder of SPiN Toronto, was in attendance at the event. Other notable attendees were the partners who started the original concept for SPiN in New York: Andrew Gordon, Jonathan Bricklin, Franck Raharinosy, Ian Fisher, and Susan Sarandon and Geena Davis also made a surprise appearance.

SPiN Toronto, which will be opening in the coming month, intends to “develop a community of people who come together to play ping pong.” Guests at the event were treated to beer by Hop City and Boris as they were entertained by DJ Ling. 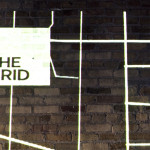 Eye Weekly relaunches as The Grid 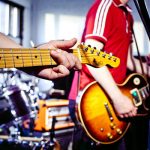