Originally built as a Department store in 1907 with an addition in 1910, the Burroughes is continually defining Queen Street West as the tallest building on this trendy stretch. The Burroughes was not always known as such. Only until recently, once Queen Street Partners purchased and repositioned the property, did the name emerge. After much thoughtful research and consideration did what we celebrate today become a recognized brand.

The building has been expertly renovated to carefully preserve its priceless character features. With restored elevators, wood details and exposed brick the property is like no other in the city. Described as a hidden gem by the real estate investment community, while taste makers simply comment that only those who should know, know about the property.

6th – Top of The Burroughes

The entire 6th floor with access to the Burroughes Terrace on the roof top. Offers the best views of the city skyline.

Located on the entire Third floor the space has large windows over looking Queen Street West. Since only launched recently, The Burroughes is still considered a hidden gem. 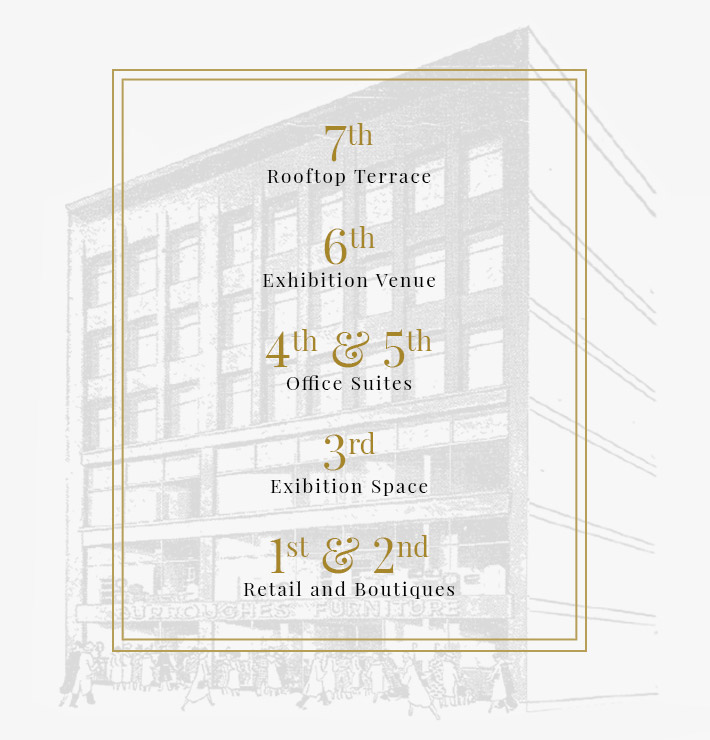 Queen Street Partners purchased 639 Queen Street West and branded the property Burroughes Building to pay tribute to its original use. The Building has been positioned to attract retail, office, showroom, gallery and exhibition venue tenants.

#fancy-title-61f3d9b42beb7 a{ color: #ffffff; }
The grittily elegant Burroughes Building on Toronto’s Queen Street West served as an ideal setting for our paean to denim.

Tiyana GrulovicThe Globe and Mail
The raw space provided a perfect backdrop for our shoot.