Jump Party at the burroughes

On Saturday, February 20, at the Burroughes Building on Queen Street in downtown Toronto, Jewish Urban Meeting Place (JUMP) celebrated their second year by hosting over 400 of Toronto’s young Jewish professionals. Set in a loft, featuring a DJ, hors d’oeuvres and a silent auction, the open concept event was a setting conducive for meeting, greeting and networking.

“The second year anniversary party was a huge success, with a sold-out crowd of 450 people! We had to stop selling due to the venue capacity!” shared JUMP Director Debbie Osiel.

Having officially launched in October 2007, JUMP is a non-profit, non-denominational organization that provides a sense of community and social network for members in the 22 to 34 demographic.Their mandate is to ‘foster growth as a community, encourage participation and strengthen the bond between the Jewish people through
experience and knowledge.’ And through their educational and volunteer programming, from learning how to speak Hebrew to Shabbat dinners, game nights to day trips, socials to speakers’ series (that have included Ontario native Emmanuelle Chriqui) and from volunteer initiatives to trips to Israel, JUMP immerses the young Jewish community in discovering their identity.

Find out more about Jump here 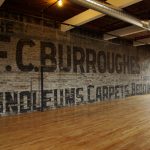 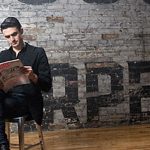